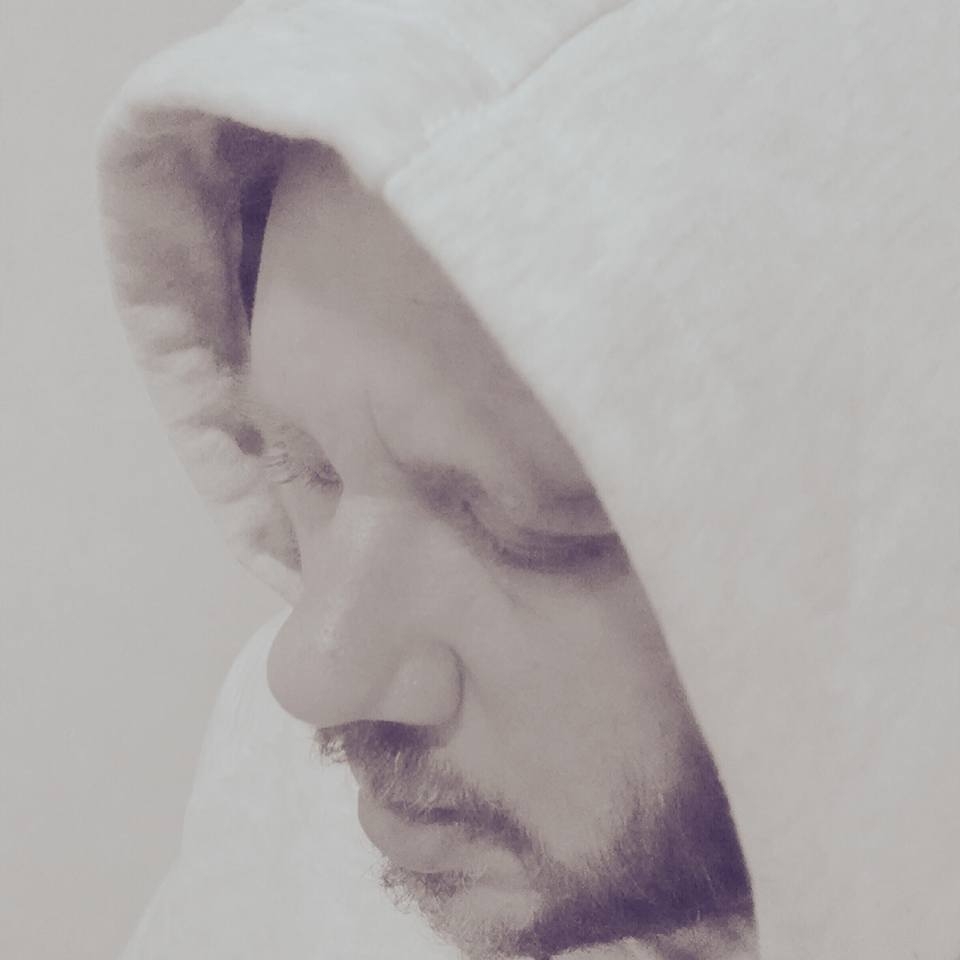 Daniel J. Flore III's poems have appeared in many publications. His first two books are Lapping Water  and Humbled Wise Men Christmas Haikus. Both are Amazon bestsellers from GenZ Publishing.

“Dan Flore’s first book of poetry, lapping water, presents the voice of that quiet, nature-attuned man who observes without judging his own changes and the changes of those closest to him. These are unassuming and personal poems that do not partake of the ironic, subversive, rootless postmodern, but instead look to romanticism, imagism, and even further back, to the timelessness and transparency of such emotive lyrical poets as Po Chu’i and Tao Ch’ien a thousand and more years ago. …Flore is a regular contributor to The Critical Poet, and this reviewer has seen the development of his poetry toward increased power, structure, and confidence over a period of several years. He has written that he has been ‘born and bred’ on poetry workshopping boards, which are becoming alternatives to academic publishers and provide a freedom to experiment and grow without pressure or any insistence on the current fashion; and Flore is an example of the kind of young writer who flourishes in such an environment.”
-New York Times bestselling author-Pamela O’Shaughnessy, Triggerfish Literary Review, Issue 10, November 2012.


"Once in a blue moon, a poet will come along that can express the magic and longing we feel there – at that juncture of dreams + reality. The skilled poet takes our hand and gently guides us back to our memories of love and childhood with all the longing, awareness and sadness of the adults we have grown to become. There are no stark slaps of jaded sentiments, no bitterness that lingers unsavory on the fringe of our thoughts — even while whispering of loss, despair and anguish: the True Poet will magically manage to articulate our own sadness, our own struggles and yes; even our desperate clinging for hope — and allow us to grasp once more to our ever-slipping faith. Dan Flore, at his best moments, is such a poet.
Poets like Flore, when we have the great fortune to cross their paths in verse — remind us that we aren’t alone in our struggles and experiences in matters of the heart, the folds of memory, in the grip of our loss — and our silent prayers and meditations alongside our spiritual quests. His newly released poetry book, Lapping Water, is filled with the echos of a soul that speak not only for himself – but for many."
-Allehsya Hawk
latenightpoetsblog


"Be happy that Lapping Water, this wonderful collection of poems by Dan Flore, has settled on your shores. Like a romantic message in a bottle from times gone by, a sweet elixir guaranteed to cure, or an intoxicating pull of fine scotch aged to perfection, this mix of memory, moments and magic is a poetic delight."-Poets~of~Lates, Editors

“The title of Dan Flore’s first book of poems, lapping water, may be a bit misleading. When I think of lapping water, I think of peacefulness and drifting summer days. And yes, there are such images, such conjuring, in this book. But now think of that ‘lapping water’ as all the water in the world brought together in a great tsunami, strong enough to move the earth. In this book the images of water are preternatural, able to cool a fever or capsize a ship, to etch into concrete or fill the senses with the taste of a lover. Lapping water by Dan Flore is an astounding first book, and heralds the promise of a brilliant future, perhaps even greatness.”

-Dan Maguire,
author of Somewhere Between and Finding the Words.

The title of Dan Flore’s new book of poems lapping water beckons to the reader like a first invitation to the ball, happy to be asked, yet unsure of what might happen… This first book is an inspiration, with complex universal themes any reader can relate to. They leave me with a mix of feelings including foreboding, strength, and endurance and the title ‘lapping water’ offers truth with resilience, something we could all use more of in our lives. I for one am glad to have these poems by my side. They are like a life raft I can return to over and over again.”


“The world is polarized. This country is eating itself alive –and perhaps it is the inevitable numbing that makes those of us who can’t escape, hungry to read someone who feels! I found that in lapping water. It is honest. In ‘something stole my desire…’, ‘bee of good cheer’ and a few others, I was reminded of Leonard Cohen. A few poems I felt I should have written myself. The reader always inserts themselves into the work, so I don’t know if the degree of pain Flore felt in childhood came from him or from me. But what a beautiful accomplishment, making me wonder – having such a close collaboration with a reader. And then love and loss. I don’t understand NOT feeling the intensity Flore conveys, but either it’s rare to feel, or writers are rarely honest. I felt it all. I have felt it all. As a woman in her sixties, I know loss...


" ...Opening poem ‘tap water’ announces the aquatic imagery that recurs in many of the subsequent poems, as well as showing that Flore can present us with a striking image: ‘I am only the dash / between years on the tombstone / a fear tumor’. Fittingly, water imagery in this collection flows between different associations. It can be playful and tactile, as it is at the end of ‘I would like to wake up in the ocean’: ‘I’d just like to be a wave / climbing up her thigh’. Or it may invoke water’s traditionally expiatory function, like in ‘to Red’ (‘may I wash my blood from your feet / so you could dance / through the years between us?’) or ‘upon seeing my father’s blood’ (‘the rain can only wash away what it can touch’)”…”Ultimately, the most compelling feature of lapping water is its intimacy. The danger for the lyric ‘I’ to lapse into solipsism is averted in Flore’s collection because his poems frequently reach out to draw a ‘you’ into their imaginative space.”

"We all come to holidays with our own set of expectations, memories, joys and sorrows. Dan Flore, one of Late Night's Favorite Poets, has put together a charming collection of his own American take on Holiday haikus. In his insightful, sensitive style he turns his eyes and his heart to the Christmas spriit.It's a generous gift for all."-Twylytzne-Late Night poet's blog

Praise for home and other places I've yet to see-

"In Home And Other Places I’ve Yet To See, poet Daniel J. Flore III reveals himself to be a writer with every inch of his being, with every moment of his day, and with each temporal reminiscence. At it’s best these earnest poems frame thoughtful moments and deep contemplations sparked by mundane, human-scale moments. A shared meal might become a meditation; the creaking of a family  home may be heard as a whispered prayer; or an evening fire becomes a love note as timeless as the universe.”-Brandon S. Grahm author of Good For Nothing

Dan Flore’s second book. Home and Other Places I’ve Yet to See, is an intriguing collection of poems that feel genuinely linked together by one pervading theme; searching for the intangible in the tangible. Although,practically speaking, home would seem a very real and physical dwelling to most,as the title suggests, home becomes... a personal journey for Flore not found just yet, nor on any road easily traveled. In fact the journey we are on with Flore can only be truly reached through the heart. And so what begins as a personal quest transcends to the universal. We can’t help but be drawn into his longing to explore what seems at first illusive though perhaps only slightly out ofreach. You will discover elements of faith and love throughout this book, as in the poem, ‘The Virgin Mary Cuts my Hair’ demonstrated in the following lines; as I rested my head in the sink/ her little fingers slowly rubbing in the shampoo/the pop music on the radio melted into a hymn/ and all I could do was stare upat the fluorescent light above her/ like a man looking at the sun for the first time. You will also find sparks of determination that are both endearing and complex, as shown so eloquently in the poem: Broken Banjo Prayer; though I am old fruit/ in your forever ripe kingdom/ though you are the current/ and I am swimming against you. There's a commanding sense of authenticity in Flore’svoice as he leads us on his pursuit, making the ordinary feel extraordinary.Dan’s deft use of imagery throughout these poems gives them a lyrical dimension that invites us to follow along in the very same journey and though we may be traveling through places ‘with currents of unknown seas’ we are undoubtedly onan enlightening trip, one that is indeed beautiful and homeward bound.-Carol Lynn Stevenson Grellas author of Hasty Notes No Particular Order

"Sensitivity, expression, loveliness: these are the things I see when I read Daniel Flore's poetry. Heappreciates "the moon-- /still dipped in daylight." He is "thirsty for a poem of 'high clouds." He writes from the heart, and we must read from the heart. Daniel writes, "I love us most when we're praying over hot dogs," and, also, "make me feel like I am still the person that you once knew." "Her sweater," he writes, "smelled like an orchard." Let us all be inspired by Daniel to be more sensitive and appreciative  of the heart. For what is poetry but prayer; and what is prayer but the speaking of the heart?" -Melanie M. Eyth publisher- Ceremony

“In his first volume, Lapping Water, Dan Flore III, introduces himself as an honest poet.While some work at clever, wrapping themselves in metaphors. bending words in remarkable ways, Flore is upfront and accessible but no less impressive.Dan Flore’s target in this new volume, is himself and the worlds around him. He bravely unzips his past and without sentimentality, shows us his old haunts – the places he goesto find nourishment, his constant spiritual search, his falls into and emergence from life’s mud. Then too, he reaches out beyond present and real, with humor and imagination.We gravitate towards poetry for various reasons. Personally, I lean towards work thatsteps over a line, is courageous. In the end, I want to read a volume, feel I have gotten to know the poet, and that he/she has given something to me. Home and Other Places I’veYet to See gave me that, through many moments of reflection.” –Sally Arango Renata –writer and folk artist

“ There is nothing “traditional”about the work of Dan Flore III as we learned in his first book “Lapping Water”…Just a fresh approach. An unusual look at the most usual of happenings.Dan has you viewing things and situations you thought you had “seen” before, from some very unique angles. It’s worth a read to know there is more to see then your quick scan shows you.Slow motion imagery captures all the details of those snapshot moments. LIFE happens in the little things.HOME AND OTHER PLACES I’VE YET TO SEEpoems by Daniel J. Flore III (for Jamie) is yet another great collection of the poetry of life from Dan’s point of view.”-Late Night Poet’s blog