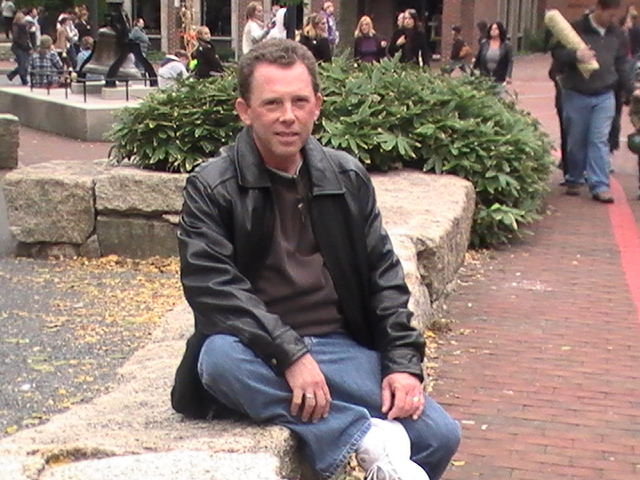 Robert Sanborn has had a long-standing interest and curiosity in the paranormal. Along with his wife Diana and his clairvoyant sister Susan, both Reiki masters and paranormal enthusiasts, (and to whom the book, In Your Dreams, is dedicated to), they have explored the paranormal side of life together. And with amazing results that include several captured EVP (electronic voice phenomena) and many amazing photo captures of paranormal activity.

Robert's interest in the paranormal began at an early age when he witnessed a haunting at a neighbors house. There was an accident at the house next door, and when he and his friend Jack heard their neighbor in distress, they went to try and help. They found the door locked but were able to see under the crack of the door. Both witnessed a dark pair of shoes walking across the threshold, on the other side of the door, toward the yelling neighbor. When Rob's stepdad arrived and broke open the door, the only person in the house was the neighbor, whose hand was caught in the window. It was plainly evident that she was not the person Rob and Jack had seen walking through the upstairs apartment. When the neighbor was asked what had happened, she was without an explanation. That experience left a mark that would never leave him.

Then, years later he met his wife Diana, who just so happened to have grown up in a house that had its fair share of paranormal activity. No wonder they hit it off so well on their first date! Maybe there's a book in that, too! Many of the events in his life and the experiences he's had with Diana and Susan have led to the creation of "In Your Dreams" the author's first novel.