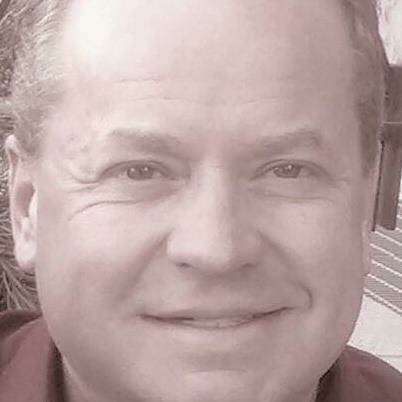 Award-winning playwright, critically-acclaimed novelist and short fiction author, and inspiring lecturer, Mike Broemmel began his career in the political arena. Mike’s first position of employment was working in the White House Office of Media Relations during the administration of Ronald Reagan. Mike would spend 15 years in the political and legal arenas before taking up the pen full time.

In the past decade, Mike has garnered attention for his compelling, thought-proving, and at times controversial and disturbing plays. A number of his plays have been produced across the United States, including The Row, The Baptism, Goddess People, Taking Tea with the Ripper, The Hours of Anne, The Bonfils Girl, and Kiss.

Mike Broemmel is in the midst of creating a new play about the life and times of screen legend Hedy Lamarr. Stand Still & Look Stupid tells the true tale of a woman Mike describes as his “hero.” Hedy Lamarr was not only an iconic Hollywood star, but one of the most amazing inventors in world history. Because of Hedy Lamarr, the world has GPS, WiFi, more effective missile guidance systems, and better Kleenex™ boxes. Stand Still & Look Stupid premieres in November 2016. The play is produced with the unique clearance and approval of the Estate of Heddy Lamarr. (Hedy Lamarr™ Used With Permission From The Estate of Hedy Lamarr)

Together with his co-author, Seth Holley, Mike created the Iconic Women Theatre Series, a set of full-length, one-actor plays that tell the stories of women history has not quite treated correctly. Five plays have been added to the series to date and present the true life stories of Anne Boleyn, Helen Bonfils, Eva Peron, Hedy Lamarr, and Myrlie Evers.

When it comes to his work as a novelist and short fiction author, Mike Broemmel has been described as the “21st century’s answer to John Steinbeck at his most nitty-gritty for over going on 20 years. In addition to his critically acclaimed collections of literary fiction, Mike’s has seen the release of two exciting, intriguing suspense thrillers in 2016: Vine Dancing and Stolen Light (with Seth Holley).

Two novels by Mike Broemmel are slated for publication in 2017: Skid Row and Broken Light, a sequel to this year's Stolen Light.

Mike Broemmel is a compelling lecturer and keynote speaker. He is a frequent feature at conferences and conventions, invited to discuss political issues, mental health, media relations, and not-for-profit topics, as well as the inspiring story of the ups and downs of his own life. Information on scheduling an appearance by Mike Broemmel can be obtained at mike@broemmelmedia.com.