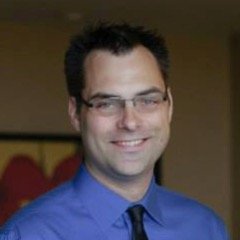 Jeremy R. Strong is the author of both "The Weight of Thought", a short horror story published in The Shadow Over Portage and Main (Great Plains Publications 2016), and The Tethering, a forthcoming post-apocalyptic novella (Double Dragon Publications 2017). A prolific writer from the age of 12, Strong writes long fiction including novels, countless short stories, poetry and screenplays. Strong is also a PhD candidate in the department of English, Film and Theatre at The University of Manitoba, where he studies twentieth and twenty-first century SF literature and film in its intersections with public policy. With his academic hat on, Strong is keenly interested in the emerging field of critical posthumanism and has published three articles that investigate the zombie as significant cultural artefact. He is also the co-editor of Imagining The End: Interdisciplinary Perspectives On The Apocalypse (Inter-Disciplinary Press 2015). Strong resides in Winnipeg, where he lives with his wife Jessie and three children Samantha, Quin and Ora.