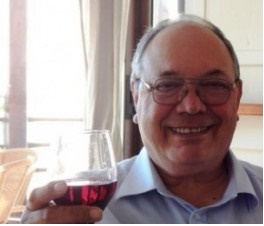 Ray Stone is an accomplished author with a variety of published works to his name.
Born just outside London in 1946, he grew up in post-war Britain during a period of depression and ration books, bombed-out housing and BBC radio. At school, he won a writing competition at the age of eleven and later in his teens went on to widen his interest in the arts.
At the age of eighteen, he began writing poetry and lyrics while studying at college. Two years later Ray worked in theatre as a technician with many orchestras' and artists. These included the London Philharmonic, London Symphony, Mantovani, The original Doyle Carte Opera Company, Harlequin Ballet, Joan Baez, Jimmy Hendrix, Oscar Peterson and worked on local shows such as My Fair Lady, Camelot and West Side Story.
His poetry won him first place in 1998 in an international internet poetry competition with 'Angry Silence.' Moving to Colchester in the same year he wrote a full-page article about the historical significance of the locale and was published with a by-line in the local press. While writing his first novel, Ray returned to writing lyrics and teamed up with a local composer. Together they produced and recorded five blues numbers.
A book of poetry and lyrics, Life over a cup of Tea, was published in 2011. Ray's first novel, 'THE TROJAN TOWERS,' was published in 2005. A second political thriller, the beginning of the Enda Osin Mysteries, 'ISIA'S SECRET,' was released in September  2013.  Edited by Story Mint CEO, Suraya Dewing, he became an early member and helped form the serial section of the Story Mint and has been involved in serials and other admin positions ever since. The next in the Enda Osin series, 'TWISTED WIRE, 'was published in September 2014. In 2015 Ray published a follow on to The Trojan Towers, a chase thriller entitled 'CRATE OF LIES.' 'LITTLE GEMS' a collection of short stories, was published recently.
Ray's favourite authors are Charles Dickens, Sir Arthur Conan Doyle, Neville Shute, Alistair Maclean, C.S.Forrester, Len Deighton, Daniel Silva, Ernest Hemingway – and the list goes on.
Ray Stone has lived in and around London's colourful EastEnd and the café sets of Westminster and Kensington. Rubbing shoulders with the wealthy and famous-and infamous he has acquired a unique insight into the lives of both criminal and upper classes that give his works a believable realism. Ray moved to the USA in 2003. He has since retired from a successful landscape design business and now lives in Cyprus, continuing to write every day. LITTLE GEMS, his collection of short stories, was published in April 2019. In July came his book of Poetry, ANGRY SILENCE that displays his broad interest in humour, sadness, love, and musical lyrics. His next thriller novel, THE BILDERBERG DIARY, is the third in the Enda Osin Mystery series and this will publish in early 2021.  He is also a professional photographer with over 3000 pictures on a USA photo stock company. He plans to release his photographic work in a series of display portfolio.
Every word in a sentence must have a reason for being there. If you find one that does not, throw it away. Ray Stone
It's not a good story 'til somebody dies. Ray Stone.